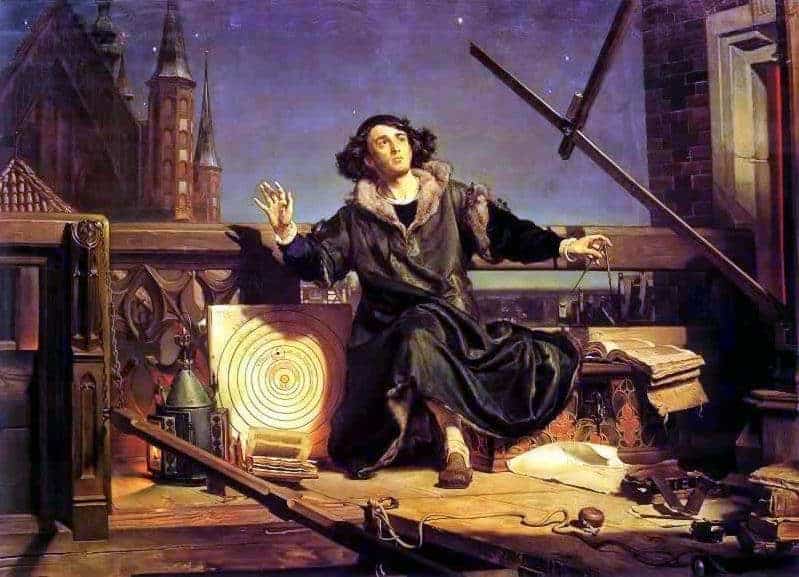 Nicolaus Copernicus was a Polish Renaissance mathematician and astronomer who formulated a comprehensive heliocentric model which placed the Sun, rather than the Earth, at the center of the universe.

The publication of Copernicus’ epochal book, De revolutionibus orbium coelestium_ (On the Revolutions of the Celestial Spheres), is considered a major event in the history of science. Copernicus’ heliocentric theory placed the Sun at the center of the solar system and described that system’s mechanics in mathematical rather than Aristotelian terms.

One of the great polymaths of the Renaissance, Copernicus was a mathematician, astronomer, jurist with a doctorate in law, physician, quadrilingual polyglot, classics scholar, translator, artist, governor, diplomat and economist.

Foto: Astronomer Copernicus, or Conversations with God by Jan Matejko