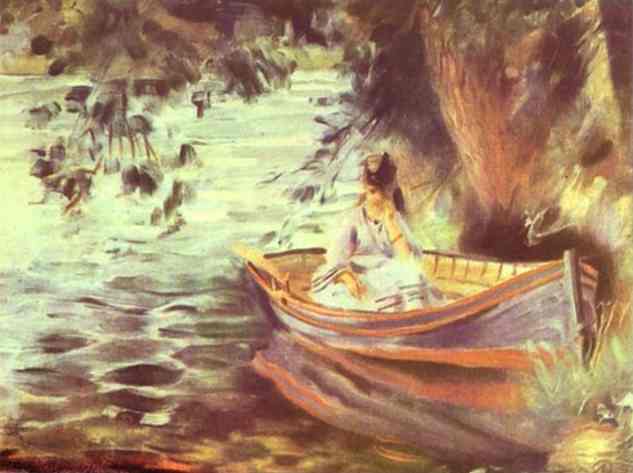 Pierre-Auguste Renoir was a painter, printmaker and sculptor.

Renoir began working as a decorator of porcelain at 13 and studied painting at night. He formed a close friendship with his fellow student Claude Monet and became a leading member of the Paris Impressionists. His early works were typically Impressionist snapshots of real life, full of sparkling color and light. By using small, multicoloured strokes, Renoir evoked the vibration of the atmosphere, the sparkling effect of foliage, and especially the luminosity of a young woman’s skin in the outdoors. Because of his fascination with the human figure, he was distinctive among the others, who were more interested in landscape.

Among his early masterpieces are Le Moulin de la Galette (1876) and The Luncheon of the Boating Party (1881). A visit to Italy (1881-1882) introduced him to Raphael and the expressive force of clear line and smooth painting,

and by the mid ‘80s he had broken with Impressionism to employ a more disciplined, formal technique.

In works such as Bathers (1884-1887), he emphasized volume, form, contours, and line. In his later works, he departed from the strict rules of Classicism to paint colourful still lifes, portraits, nudes, and landscapes of southern France, where he settled in 1907.