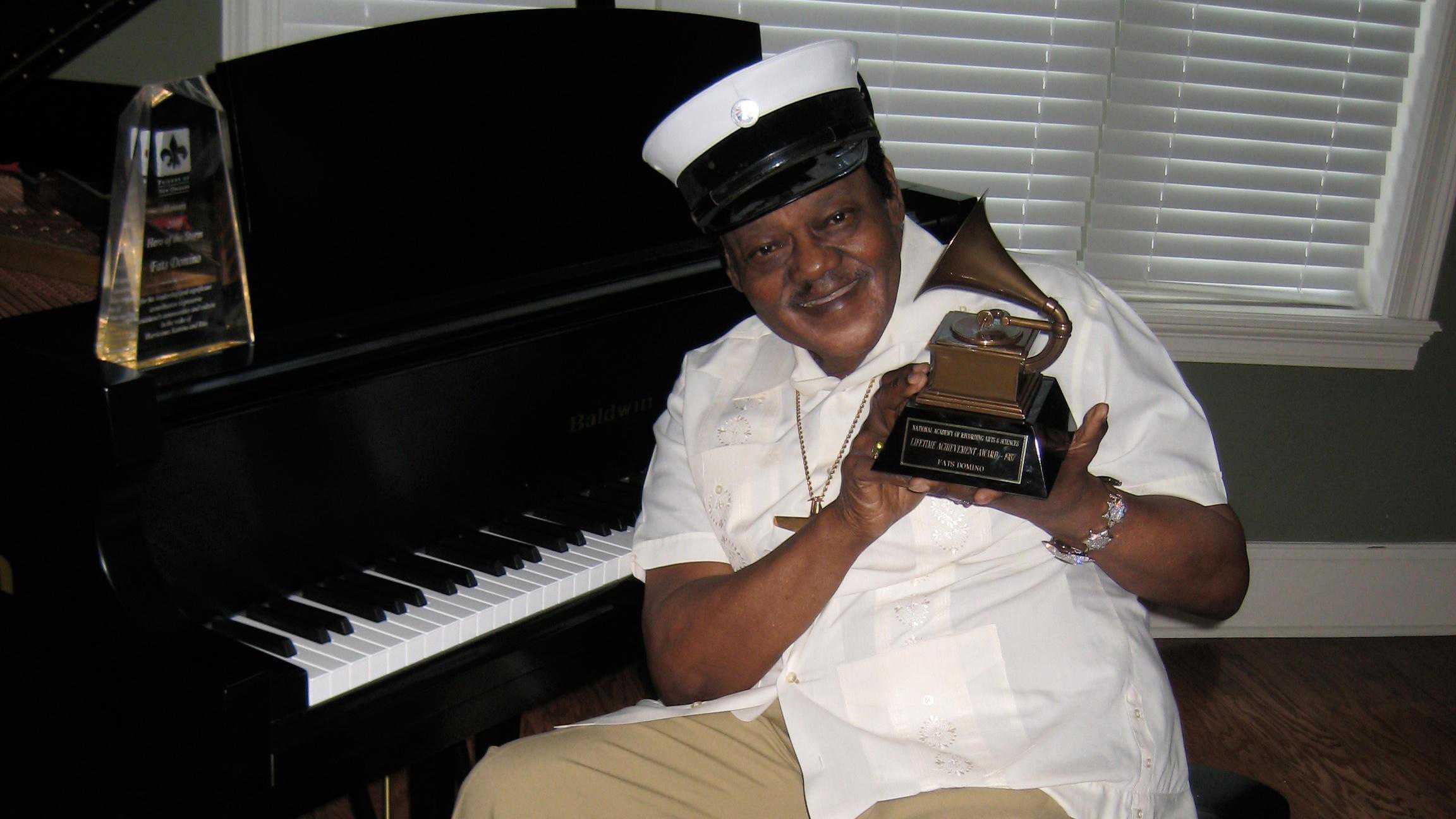 Antoine „Fats” Domino Jr. was an American American singer and pianist, a rhythm-and-blues star who became one of the first rock-and-roll stars and who helped define the New Orleans sound. Altogether his relaxed, stylized recordings of the ’50s and ’60s sold some 65 million copies, making him one of the most popular performers of the early rock era.

He began performing in clubs in his teens and in 1949 was discovered by Dave Bartholomew – the bandleader, songwriter, and record producer who helped bring New Orleans’ J&M Studio to prominence and who became Domino’s exclusive arranger. Domino’s first recording, The Fat Man (1950), became the first of a series of rhythm-and-blues hits that sold 500,000 to 1,000,000 copies.

With Ain’t That a Shame (1955) Domino became a favourite of white as well as black audiences. Blueberry Hill (1956), his most popular recording, was one of several rock-and-roll adaptations of standard songs. The piano-oriented Domino-Bartholomew style was modified somewhat in hits such as I’m Walkin’ (1957) and Walking to New Orleans (1960). He appeared in the 1956 film The Girl Can’t Help It. One of his last hits was a version of the Beatles’ Lady Madonna (1968). Domino was inducted into the Rock and Roll Hall of Fame in 1986.