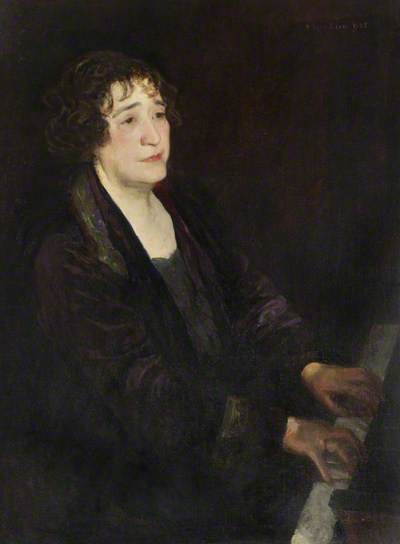 Adela Verne was a notable English pianist and minor composer of German descent. She was considered one of the greatest woman pianists of her era, ranked alongside the male keyboard giants of the time. She toured with great success in many parts of the world and composed a variety of works, including a Military March dedicated to Queen Elizabeth.

At age 13 she made her debut in Tchaikovsky’s Concerto No.1 in B flat minor, conducted by Sir August Manns at the Crystal Palace. Tchaikovsky himself heard of this astonishing young prodigy and wanted to meet her. The following year she was introduced to Ignacy Jan Paderewski. He was so impressed with her playing that he predicted a great future for her.