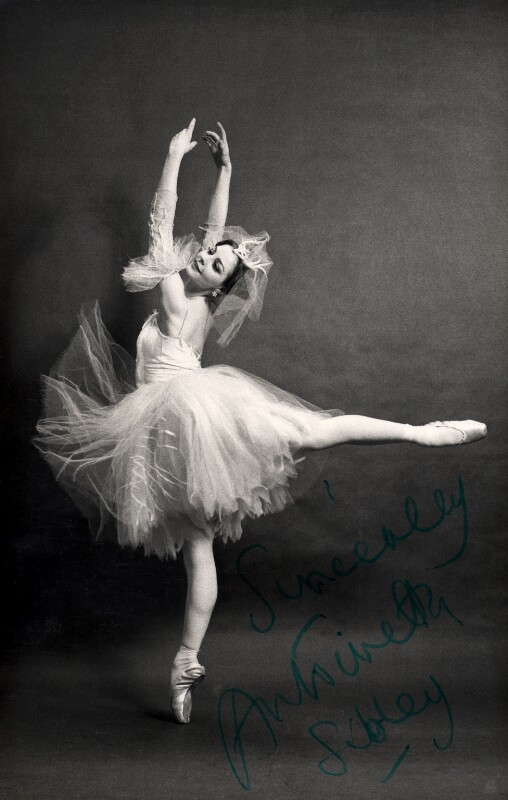 Dame Antoinette Sibley DBE is a British prima ballerina. She joined the Royal Ballet from the Royal Ballet School in 1956 and became a soloist in 1960. She was celebrated for her partnership with Anthony Dowell. After her retirement from dancing in 1989 she became President of the Royal Academy of Dance in 1991, and guest coach at the Royal Ballet (1991) and Governor, Royal Ballet Board (2000).