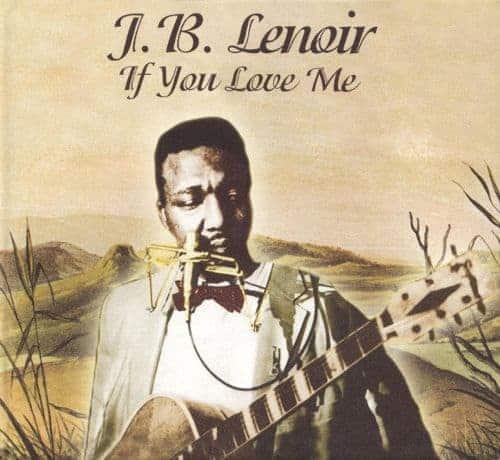 J. B. Lenoir was an African American blues guitarist and singer-songwriter, active in the 1950s and 1960s Chicago blues scene.

Lenoir was known in the 1950s for his showmanship and his high-pitched vocals. He became an influential electric guitarist and songwriter, and his penchant for social commentary distinguished him from many other bluesmen of the time.

Lenoir’s work had direct political content relating to racism and the Vietnam War.

J.B Lenoir – If You Love Me