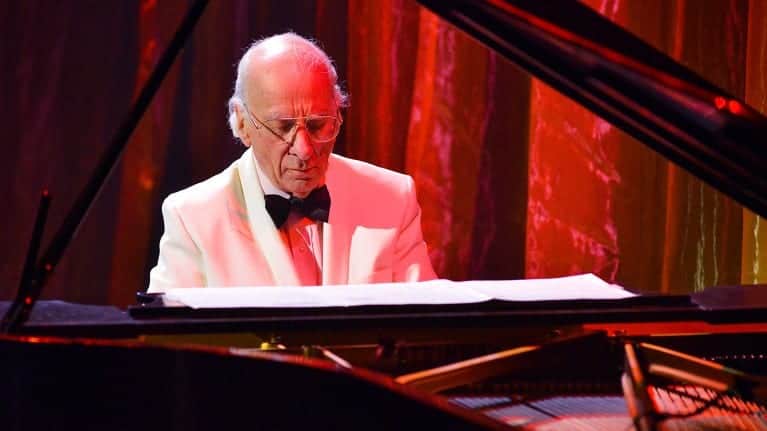 Throughout his long career, Dick Hyman has distinguished himself as a keyboardist, composer, arranger, and conductor, recording more than 100 albums of his own and contributing to many others. He played with the legends Charlie Parker and Benny Goodman, and demonstrated a facility with a broad range of styles from ragtime to be bop. His 1969 release, The Electric Eclectics of Dick Hyman, was one of the first to use the Moog synthesizer; when sampled by pop Wünderkind Beck on his 1996 release Odelay, it introduced a new generation of listeners to his music. As Dick Katz wrote in The Oxford Companion to Jazz, Hyman „has long been respected as one of the most accomplished jazz pianists extant, capable of just about anything possible on the keyboards (piano, organ, and more). He is a kind of renaissance man, and his repertory work in invaluable. He plays all styles from Scott Joplin to Cecil Taylor.” In recent years Hyman made his mark as a composer of music for films.