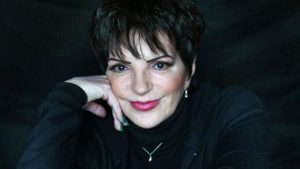 Liza May Minnelli is an American actress, singer and entertainer. Liza, the daughter of singer and actress Judy Garland and film director Vincente Minnelli, came from a show business family to achieve success on her own merits. She is one of few entertainers to have won Oscar, Tony, Grammy and Emmy Awards. Although she is often identified with her tabloid-ready battles with drugs, alcohol and stormy love matches, Minnelli stands as one of the most respected entertainers of the last half of the twentieth century.

Liza Minnelli has won a total of four Tony Awards, including a Special Tony Award. She has also won an Oscar, an Emmy Award, two Golden Globes and a Grammy Legend Award for her contributions and influence in the recording field, along with many other honors and awards.

In 2000, Minnelli was inducted into the American Theatre Hall of Fame

Liza With a Z Concert for television