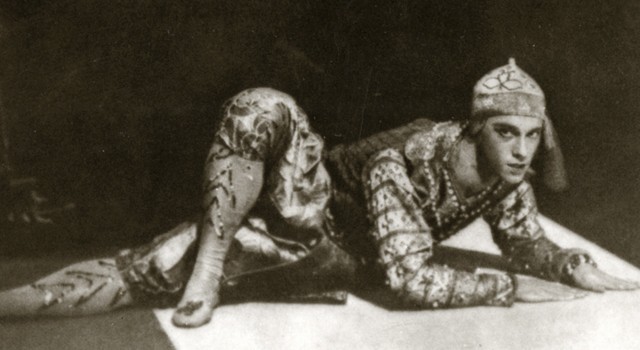 Vaslav Nijinsky was a Russian ballet dancer and choreographer of Polish descent, cited as the greatest male dancer of the early 20th century. He grew to be celebrated for his virtuosity and for the depth and intensity of his characterizations. He could perform en pointe, a rare skill among male dancers at the time and his ability to perform seemingly gravity-defying leaps was legendary.

Aged 9 he joined the Imperial Ballet School in St. Petersburg, the pre-eminent ballet school in the world. In 1907 he graduated and became a member of the Imperial ballet starting at the rank of coryphée instead of in the corps de ballet, already taking starring roles.

In 1909 he joined the Ballets Russes, a new ballet company started by Sergei Diaghilev which planned to show Russian ballets in Paris and became the company’s star male dancer.