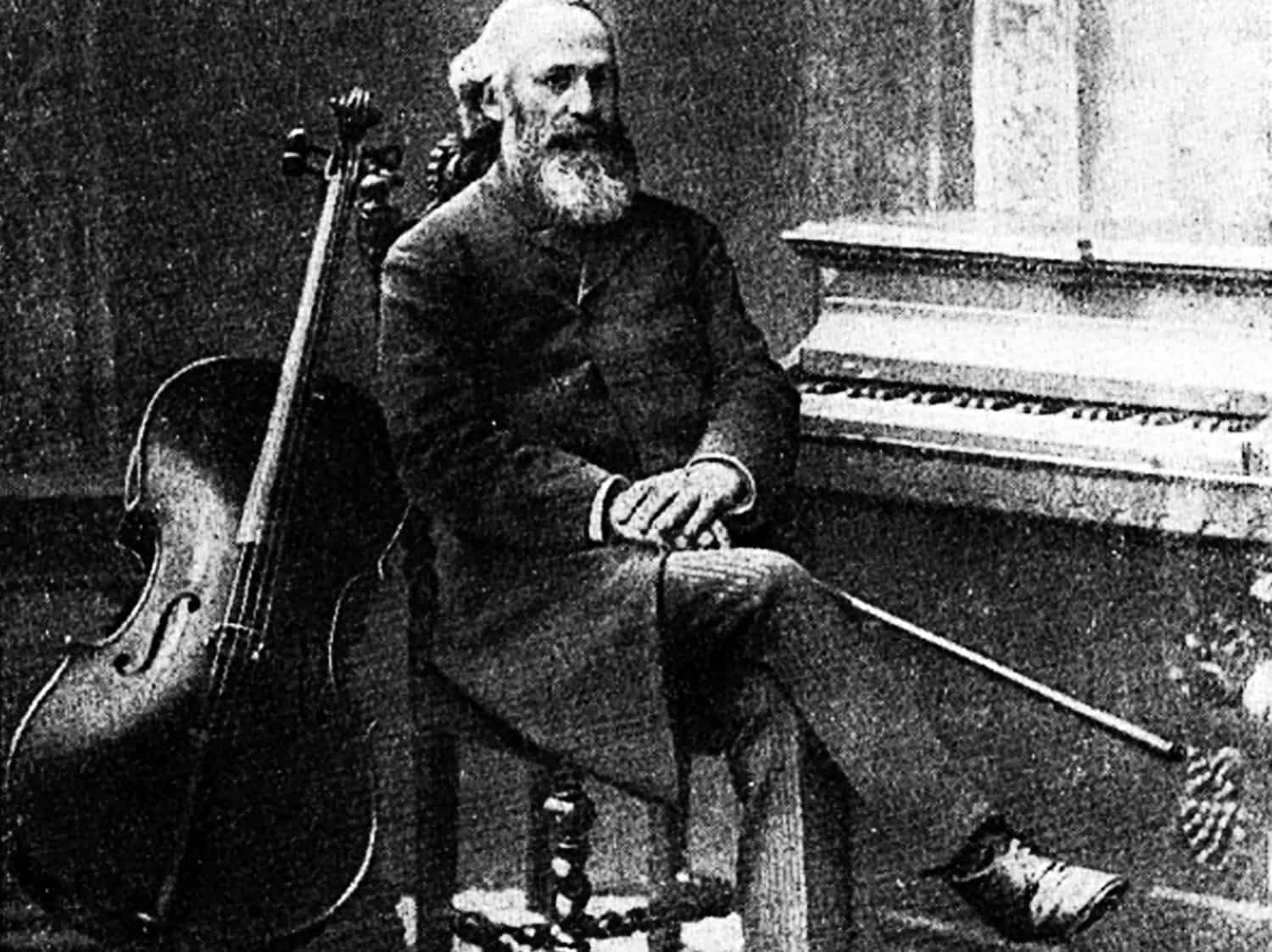 Karl Yulievich Davydov (Russian: Карл Юльевич Давыдов) was a Russian cellist of great renown during his time, and described by Pyotr Ilyich Tchaikovsky as the „tsar of cellists„. Arensky dedicated his first piano trio to Davydov’s memory. He was also a composer, mainly for the cello.

He became a full-time cellist in 1850 while continuing to compose in his spare time. He later became head of the St Petersburg Conservatory.

In 1870 Count Wilhorsky, a patron of the arts, presented Davydov with a Stradivarius cello constructed in 1712. This cello, now known as the Davidov Stradivarius, was owned by Jacqueline du Pré until her death and is currently on loan to cellist Yo-Yo Ma.