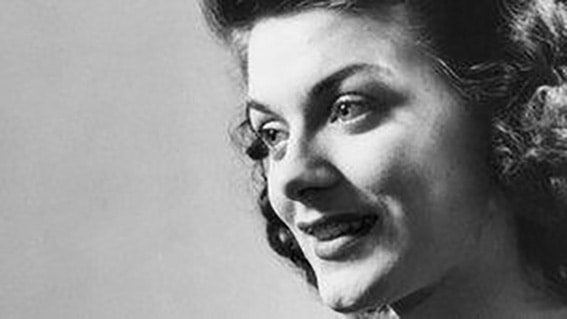 Beryl Davis was a British-born American big band singer. She began to sing for the Oscar Rabin Band, co-led by her father and saxophonist Oscar Rabin, at the age of eight, eventually turning professional and singing with, among others, Oscar Rabin, Geraldo, and the Sky Rockets Dance Orchestra. She became popular singing for British and Allied troops during World War II. Glenn Miller discovered her in London, and she sang for the Army Air Force Orchestra. She also performed and recorded with Django Reinhardt in Paris, later moved to Los Angeles after the war with her father’s big band, and with Frank Sinatra for one year on Your Hit Parade.