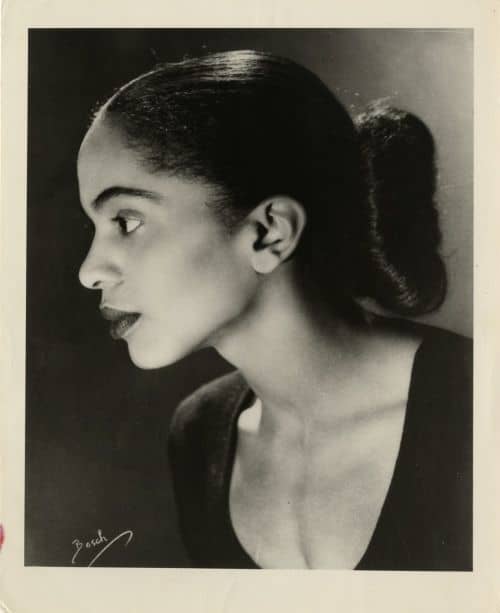 Mary De Haven Hinkson was an African American dancer and choreographer known for breaking racial boundaries throughout her dance career in both modern and ballet techniques, best known for her work as principal dancer in the Martha Graham Dance Company for more than 20 years.

Her most acclaimed roles included title roles in Circe (1963), which Graham choreographed for her, and Clytemnestra (1973), which she took over from Graham; other notable roles with the troupe included the Warrior in Seraphic Dialogue (1954), a lead role in Ardent Song (1955), and the Awakener in Samson Agonistes (1962). Hinkson was also a guest artist with numerous companies, in works by such celebrated choreographers as Glen Tetley, George Balanchine, and Anna Sokolow. In 1959 Hinkson originated the only female role in Donald McKayle’s Rainbow ’Round my Shoulder. When Graham retired in 1970, Hinkson co-directed the company, but she left in 1973 after Graham returned and tensions between them ensued. Hinkson taught throughout her career at the Martha Graham School and at the Juilliard School (1951–1868). She received the Martha Hill Award days before her death.