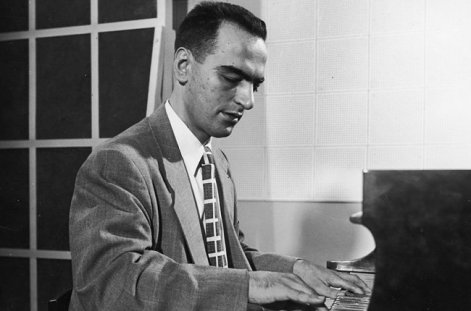 Tristano, who became totally blind as a child, began playing piano in taverns at age 12. He grew up in Chicago, where he studied at the American Conservatory of Music and was a noted performer and teacher before moving to New York City in 1946.

There his advanced concepts of improvisation and of harmony soon brought him dedicated followers, most notably saxophonists Lee Konitz and Warne Marsh and guitarist Billy Bauer. They played in Tristano’s noted 1949 sextet recordings, which included Wow and Crosscurrent and was characterized by brilliant ensemble melodic interplay. The recordings also featured two free-form collective improvisations, Intuition and Digression, which predated the free jazz of Ornette Coleman by nearly a decade.

In 1951 Tristano opened a school of jazz, which he ran until 1956, after which he spent most of his time teaching privately. He performed and recorded rarely; his last public appearance in the United States was in 1968.

Though his music was considered to be cool jazz as a result of its detachment from conventional emotion, his rhythmic urgency and incisiveness and his linear clarity indicated a passionate quest for pure lyricism. In later recordings such as Lennie Tristano (1955) and The New Tristano (1960–1962) his solos became more agitated, with more complex forms, and he experimented with overdubbing and multitrack recording techniques.