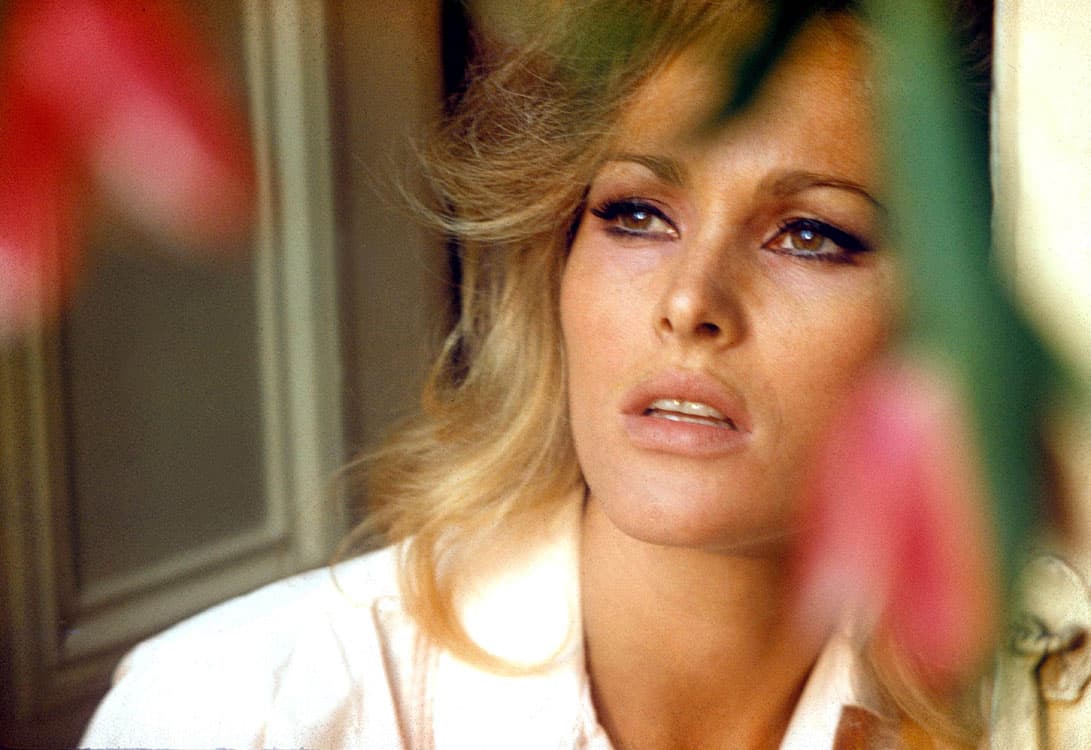 Ursula Andress is a Swiss film and television actress, former model and sex symbol, who has appeared in American, British and Italian films. She is known for her role as Bond girl Honey Ryder in the first James Bond film, Dr. No (1962), for which she won a Golden Globe. She later starred as Vesper Lynd in the Bond-parody Casino Royale.

Andress co-starred with Elvis Presley in the 1963 musical film Fun in Acapulco, with Frank Sinatra and Dean Martin in 4 for Texas (1963), opposite Marcello Mastroianni in The 10th Victim (1965), alongside John Richardson in She (1965), and as the countess in The Blue Max (1966). Later, she worked with fellow former Bond girls Claudine Auger in Anyone Can Play (1968), Barbara Bach in Stateline Motel (1975), and Luciana Paluzzi in The Sensuous Nurse (1975).

007 Ultimate Bond Girl Coming out of the water scene

She played Aphrodite in 1981’s Clash of the Titans, with Laurence Olivier, participated in the 1986 Emmy-winning miniseries Peter the Great, and joined the cast of the primetime soap opera Falcon Crest for a three-episode arc in 1988.