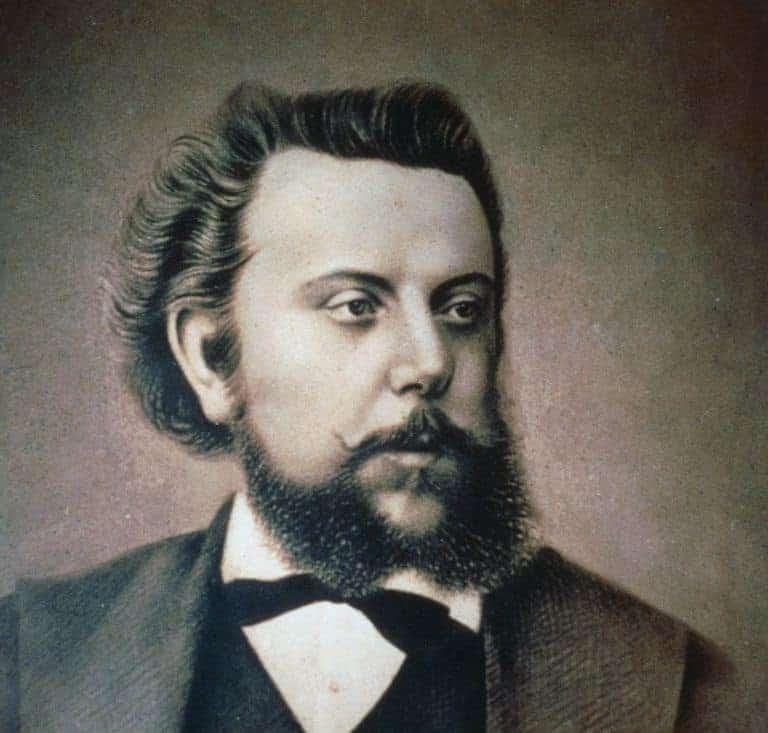 Modest Petrovich Mussorgsky was a Russian composer noted particularly for his opera Boris Godunov (final version first performed 1874), his songs, and his piano piece Pictures from an Exhibition (1874). Mussorgsky, along with Aleksandr Borodin, Mily Balakirev, Nikolay Rimsky-Korsakov, and César Cui, was a member of The Five, a group of Russian composers bound together in the common goal of creating a nationalist school of Russian music. Many of his works were inspired by Russian history, Russian folklore, and other nationalist themes.