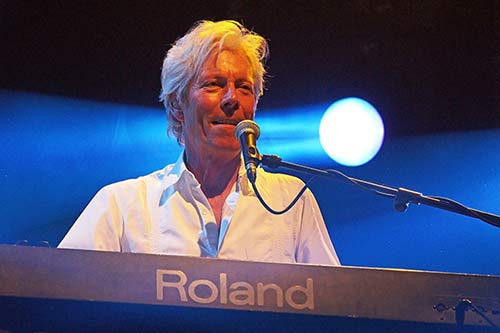 Andrew Steven Bown is an English musician, who has specialised in keyboards and bass guitar.

He played for The Herd, Judas Jump and he joined Status Quo as a full member in 1976, and has been with them ever since. Bown released a number of singles in the 1970s, including New York Satyricon Zany and Another Shipwreck, none of which charted. His most well-known song however was the theme tune to the children’s series Ace of Wands, Tarot. He also released five albums, the first of which, Gone to My Head was released in 1972.

Bown still plays keyboards, guitar and harmonica with Status Quo to this day, and is an integral part of the band, having co-penned many well known Quo songs on various studio albums, most prominently collaborating with Rick Parfitt on the group’s 1979 hit Whatever You Want