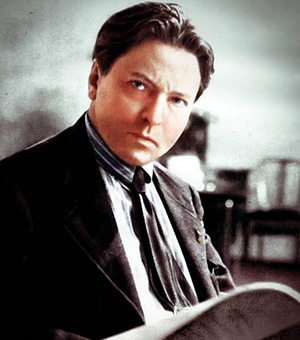 George Enescu was a Romanian composer, violinist, pianist, conductor and teacher, known for his interpretations of Bach and his works in a Romanian style.

Enesco’s chamber works include three violin sonatas (the last in the popular Romanian style), three piano sonatas, and two string quartets. Among his orchestral works are three symphonies, two Romanian rhapsodies, and an overture on Romanian folk themes. National themes are also used in his opera Oedipe (1936). In his later years he became the leader of the Romanian school of composers. He was also greatly respected as a violin teacher.