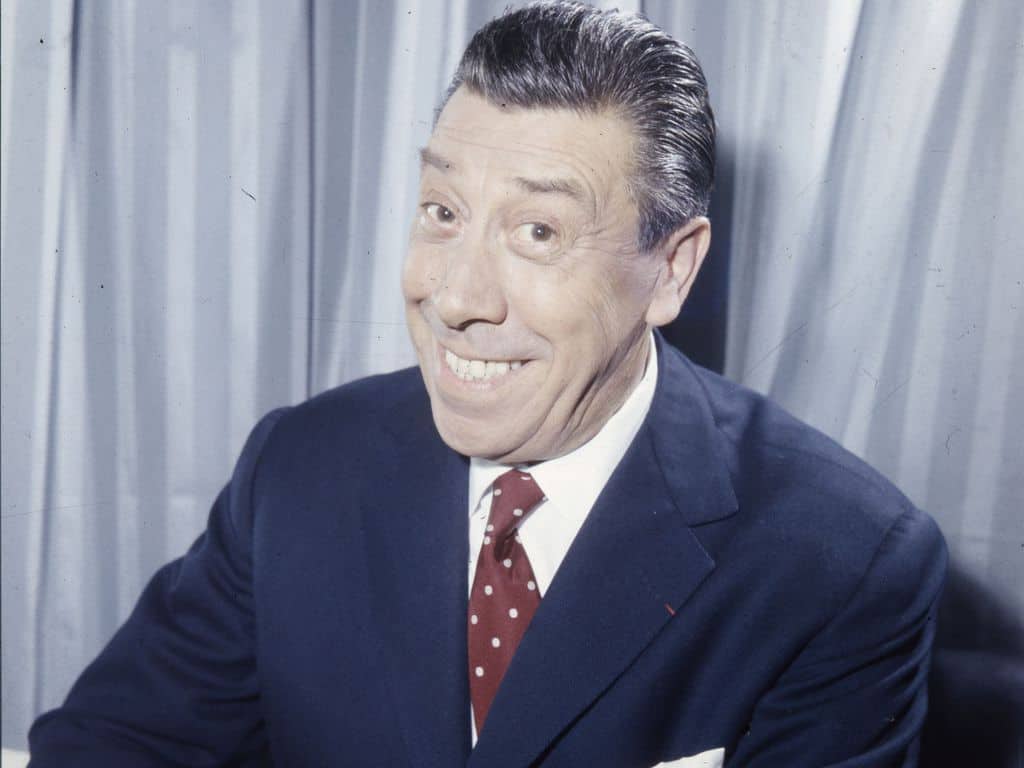 Fernand Joseph Désiré Contandin was a French actor and singer.

He was a comedy star who first gained popularity in French vaudeville, operettas, and music-hall revues. In 1930, Fernandel appeared in his first motion picture and for more than forty years he would be France’s top comic actor. He was perhaps best-loved for his portrayal of the irascible Italian village priest at war with the town’s Communist mayor in the Don Camillo series of motion pictures.

His horse-like teeth became part of his trademark. He also appeared in Italian and American films. In addition to acting, Fernandel also directed or co-produced several of his own films.