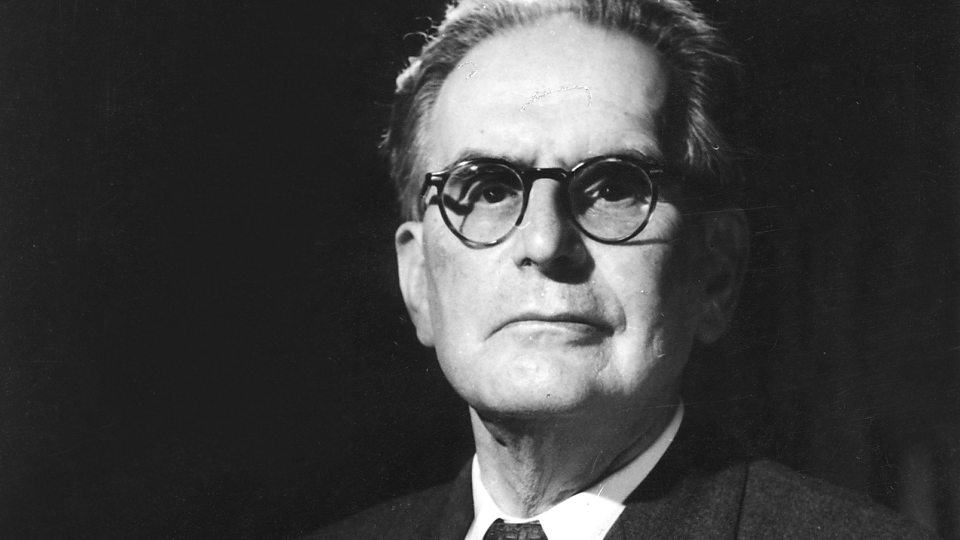 Otto Klemperer was a German conductor and composer, described as „the last of the few really great conductors of his generation.” He is widely regarded as one of the leading conductors of the 20th century.

Klemperer studied music first at the Hoch Conservatory in Frankfurt, and later at the Stern Conservatory in Berlin under James Kwast and Hans Pfitzner. He followed Kwast to three institutions and credited him with the whole basis of his musical development.

Klemperer became conductor at the German Opera in Prague in 1907 on Gustav Mahler’s recommendation. Mahler wrote a short testimonial, recommending Klemperer, on a small card which Klemperer kept for the rest of his life.

Later, in 1910, Klemperer assisted Mahler in the premiere of his Symphony No. 8, Symphony of a Thousand.

In 1933, once the Nazi Party had reached power, Klemperer left Germany and moved to the United States. In Los Angeles, he began to concentrate more on the standard works of the Germanic repertoire that would later bring him greatest acclaim, particularly the works of Beethoven, Brahms and Gustav Mahler.