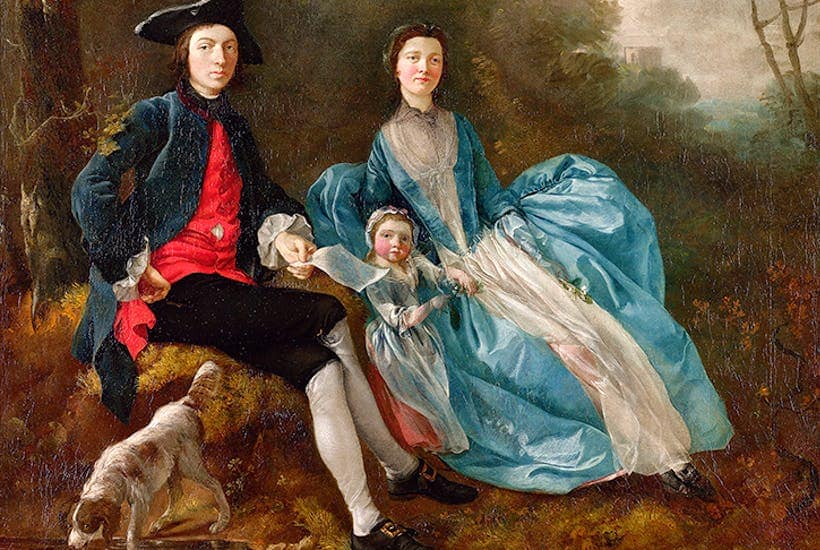 Thomas Gainsborough was an English portrait and landscape painter, draughtsman, and printmaker, considered one of the most important British portrait artists of the second half of the 18th century. He painted quickly, and the works of his maturity are characterised by a light palette and easy strokes.

Despite being a prolific portrait painter, Gainsborough gained greater satisfaction from his landscapes. He is credited (with Richard Wilson) as the originator of the 18th-century British landscape school.

He left home to study art in London, moved to Bath where fashionable society patronised him, and he began exhibiting in London.

In 1769, he became a founding member of the Royal Academy. Gainsborough moved to London in 1774, and painted portraits of the king and queen.

Gainsborough’s enthusiasm for landscapes is shown in the way he merged figures of the portraits with the scenes behind them.

He said, „I am sick of portraits and wish very much to take my viol-da-gam and walk off to some sweet village, where I can paint landskips (sic) and enjoy the fag end of life in quietness & ease.”

His landscapes were often painted at night by candlelight, using a tabletop arrangement of stones, pieces of mirrors, broccoli, and the like as a model. His later work was characterised by a light palette and easy, economical strokes.