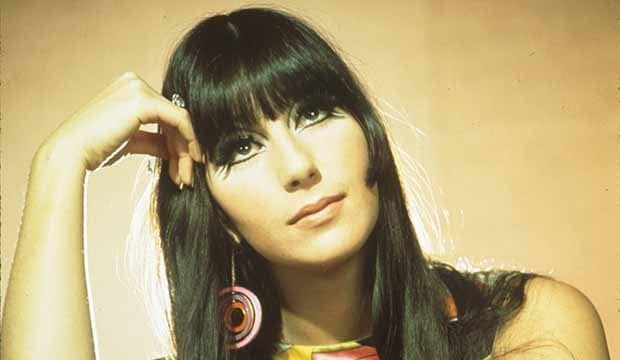 A girl can wait for the right man to come along but in the meantime that still doesn’t mean she can’t have a wonderful time with all the wrong ones.

Cherilyn Sarkisian is an American singer and actress with a career spanning five decades. Recognized for having brought the sense of female autonomy and self-actualization into the entertainment industry, she is known for her distinctive contralto singing voice and for having worked in various areas of entertainment, as well as for continuously reinventing both her music and image which has led to her being called the Goddess of Pop.

Cher became prominent in 1965 as one-half of the folk rock husband–wife duo Sonny & Cher, but she had established herself as a solo artist with successful singles such as Bang Bang (My Baby Shot Me Down), Gypsys, Tramps & Thieves, Half-Breed and Dark Lady.

In the early 1980s, Cher made her Broadway debut and starred in the film Silkwood, which earned her a nomination for the Academy Award. In the following years, she starred in films such as Mask, The Witches of Eastwick and Moonstruck, for which she won the Academy Award for Best Actress (1988).

Burlesque You Haven’t Seen The Last Of Me

She made her directorial debut in the 1996 film If These Walls Could Talk. At the same time, she established herself as a rock singer by releasing platinum albums such as Heart of Stone (1989) and top-ten singles such as I Found Someone and If I Could Turn Back Time.