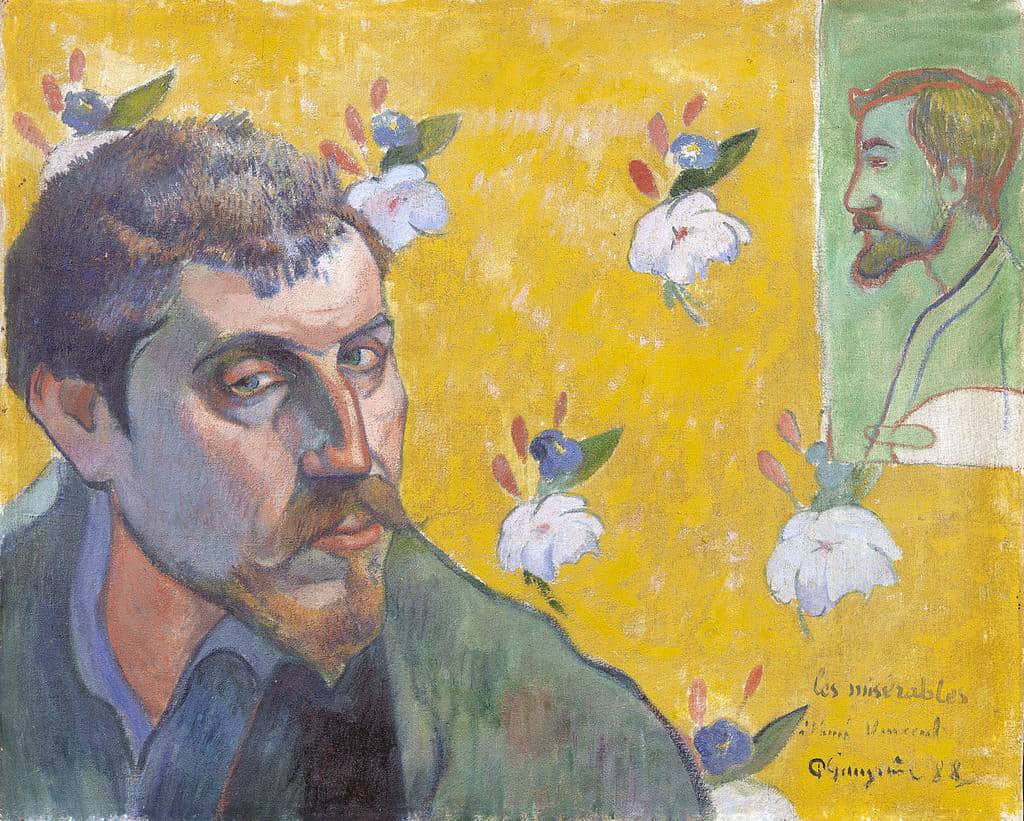 ”Do not copy nature too much. Art is an abstraction”

Eugène Henri Paul Gauguin was a French painter, printmaker, and sculptor who sought to achieve a primitive expression of spiritual and emotional states in his work. The artist, whose work has been categorized as Post-Impressionist, Synthetist and Symbolist, is particularly well known for his creative relationship with Vincent van Gogh as well as for his self-imposed exile in Tahiti, French Polynesia.

His artistic experiments influenced many avant-garde developments in the early 20th century. Gauguin’s influence was immense and varied.

His legacy rests partly in his dramatic decision to reject the materialism of contemporary culture in favour of a more spiritual, unfettered lifestyle. It also rests in his tireless experimentation.

Along with the work of his great contemporaries Cézanne and van Gogh, Gauguin’s innovations inspired a whole generation of artists.

In 1889–90 many of the young followers who had gathered around him at Pont-Aven utilized Gauguin’s ideas to form the Nabis group.

The Norwegian painter Edvard Munch owed much to Gauguin’s use of line, and the painters of the Fauve group profited from his use of colour in their own daring compositions. In Germany, too, Gauguin’s influence was strong in the work of German Expressionists such as Ernst Ludwig Kirchner.

Gauguin’s use of Oceanic iconography and his stylistic simplifications greatly affected the young Pablo Picasso, inspiring his own appreciation of African art and hence the evolution of Cubism.

In this way, through both his stylistic advances and his rejection of empirical representation in favour of conceptual representation, Gauguin helped open the door to the development of 20th-century art