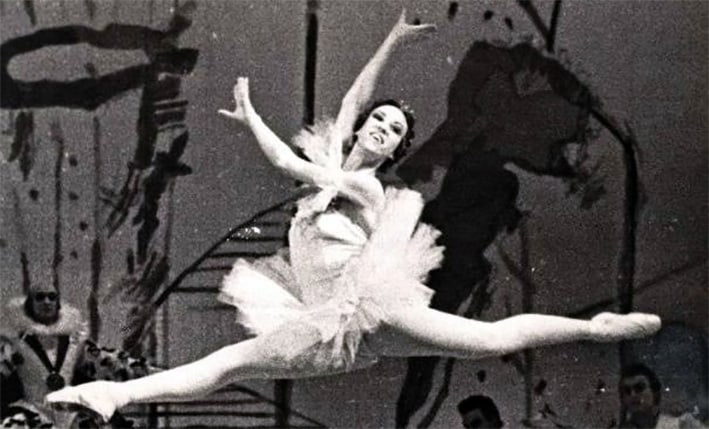 Marina Timofeyevna Semyonova was the first Soviet-trained prima ballerina, named a People’s Artist of the USSR in 1975.

The first great dancer formed by Agrippina Vaganova, she graduated in 1925, which ”is registered in the annals of Soviet ballet as the year of the unprecedented triumph of Marina Semyonova”.

She worked in the Kirov Ballet in Saint-Petersburg until 1930 when Joseph Stalin had her and her husband Viktor Semyonov (they were namesakes) transferred to the Bolshoi Theatre in Moscow.

Semyonova was guest with the Paris Opéra Ballet in 1935 where she danced Giselle with Serge Lifar.

She received the Stalin Prize for 1941 and retired in 1952. After that, she became one of the most important teachers and répétiteurs of the Bolshoi Theatre.