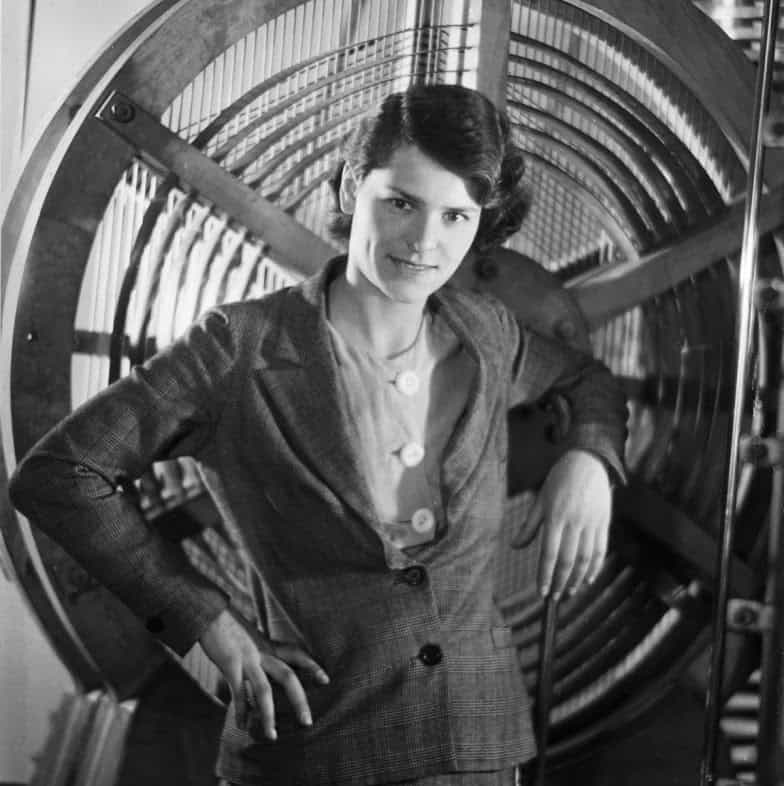 ”The beauty of the past belongs to the past”

Her interest in photography began as a young woman’s hobby, supported by her father’s enthusiasm for cameras. In 1927 she started a commercial photography studio and began concentrating on architectural and industrial photography and accepted a job as associate editor and staff photographer of Fortune magazine (1929-1935).

Throughout the 1930s Bourke-White went on assignments to create photo-essays in Germany and the Soviet Union, as well as the Dust Bowl in the American Midwest.

Those experiences allowed her to refine the dramatic style she had used in industrial and architectural subjects.

Those projects also introduced people and social issues as subject matter into her oeuvre, and she developed a compassionate humanitarian approach to such photos.

In 1935 Margaret White met the Southern novelist Erskine Caldwell, to whom she was married from 1939 to 1942. The couple collaborated on three illustrated books: You Have Seen Their Faces (1937), about Southern sharecroppers; North of the Danube (1939), about life in Czechoslovakia before the Nazi takeover; and Say, Is This the U.S.A. (1941), about the industrialization of the United States.

After World War II Bourke-White traveled to India to photograph Mohandas Gandhi and record the mass migration caused by the division of the Indian subcontinent into Hindu India and Muslim Pakistan.

During the Korean War she worked as a war correspondent and traveled with South Korean troops.