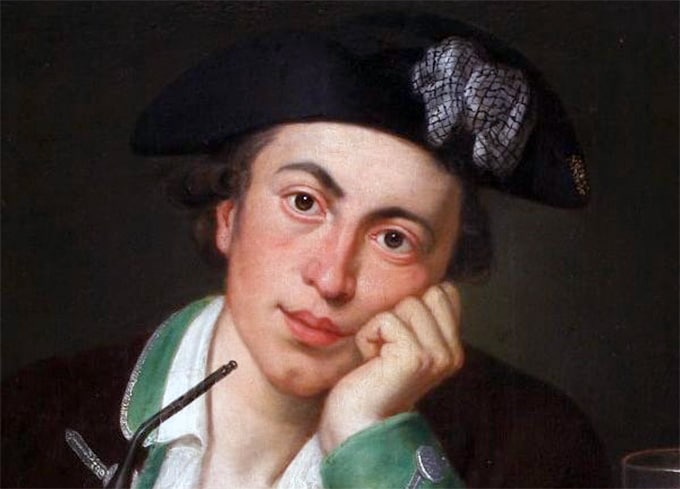 Joseph Martin Kraus was a composer in the classical era. Born in Germany, he moved to Sweden at age 21, and died at the age of 36 in Stockholm. He is sometimes referred to as „the Swedish Mozart„, and had a life span which was very similar to that of Mozart’s.

Kraus was appointed vice-Kapellmeister of the Royal Swedish Opera and director of the Royal Academy of Music. Kraus’ music is characterized by sudden dramatic contrasts in register, character, and most striking of all, harmony. His contrapuntal abilities were first-rate, but his motivic development does not seem as advanced as either Mozart’s or Haydn’s.