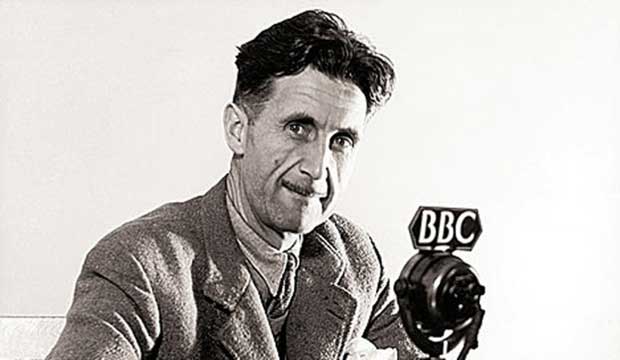 He is best known for the dystopian novel Nineteen Eighty-Four (1949) and the allegorical novella Animal Farm (1945), which together have sold more copies than any two books by any other 20th-century author.

His book Homage to Catalonia (1938), an account of his experiences in the Spanish Civil War, is widely acclaimed, as are his numerous essays on politics, literature, language and culture. In 2008, The Times ranked him second on a list of „The 50 greatest British writers since 1945„.

Orwell’s work continues to influence popular and political culture, and the term Orwellian – descriptive of totalitarian or authoritarian social practices – has entered the language together with several of his neologisms, including Cold War, Big Brother, thought police, doublethink, and thought crime.