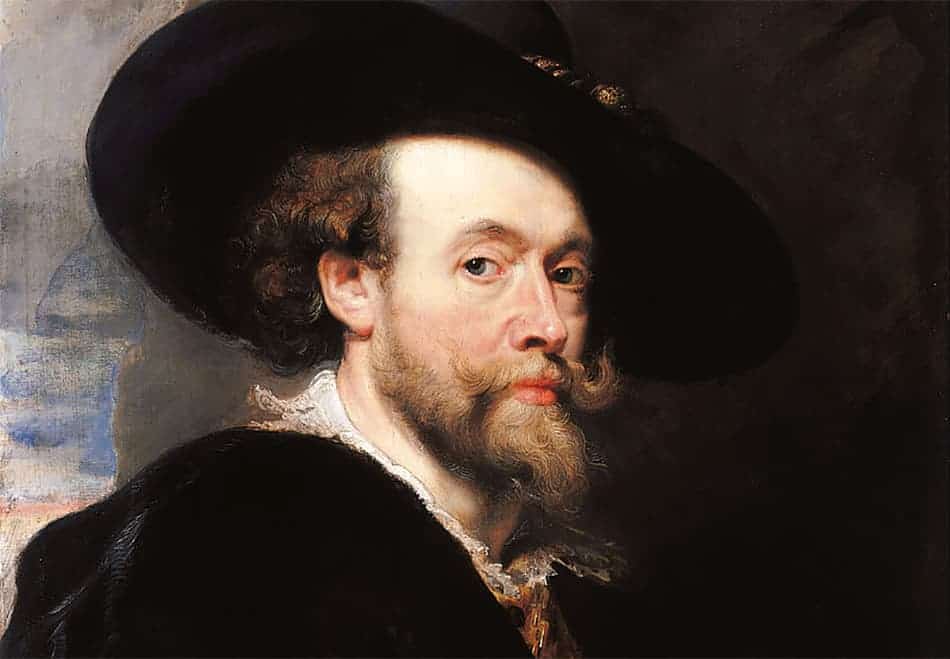 Sir Peter Paul Rubens was a Flemish Baroque painter who was the greatest exponent of Baroque painting’s dynamism, vitality, and sensuous exuberance. Though his masterpieces include portraits and landscapes, Rubens is perhaps best known for his religious and mythological compositions.

Most of Rubens’ youthful works have disappeared or remain unidentified. The Portrait of a Young Man (1597) is his earliest dated work.

In 1598 Rubens was admitted into the painters’ guild in Antwerp. He probably continued to work in van Veen’s studio before setting off on a sojourn in Italy in 1600. In Venice he absorbed the luminosity and dramatic expressiveness of the Renaissance masterpieces of Titian, Tintoretto, and Veronese. Hired by Vincenzo I Gonzaga, duke of Mantua, Rubens proceeded to Mantua, where his chief duties were to make copies of Renaissance paintings, mainly portraits of court beauties.

In August 1601 Rubens arrived in Rome. There the new Baroque style heralded by Annibale Carracci and Caravaggio – a bold naturalism coupled with a revival of the heroically idealized forms of Michelangelo and Raphael – was quickly assimilated by Rubens. His first major Roman commission was for three large paintings (1601–1602) for the crypt chapel of St. Helena in the Basilica of Santa Croce.

In 1603 Gonzaga sent him on his first diplomatic assignment to Spain to present a shipment of paintings to King Philip III. For Philip’s prime minister, the duke of Lerma, Rubens painted his first major equestrian portrait (1603), which took the Venetian tradition of Titian and Tintoretto a giant step forward in the conveyance of physical power and psychological confrontation.

Back in Antwerp, Rubens was finally able to devote himself to his beloved profession again. In December 1630 he married the 16-year-old Helena Fourment, youngest daughter of the silk and tapestry merchant. Helena was to inspire some of the most personal and poignant portraits in Rubens’ later career, and their marriage was as fruitful as it was blissful, producing five children.

Rubens often identified Helena with the goddess Venus, as in his glowing Venus and Adonis (c. 1635).

In 1631 Philip IV knighted Rubens – the only painter so honoured by the kings of both England and Spain. Having lost all taste for politics, Rubens finally retired from his diplomatic career.

As the impresario of vast decorative programs, he presided over the most famous painter’s studio in Europe. His powers of invention were matched by extraordinary energy and versatility.