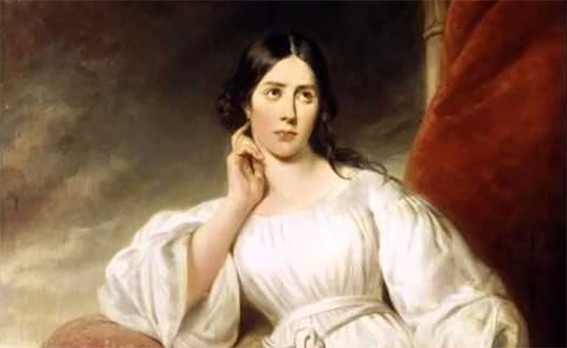 Michelle Ferdinande Pauline García-Viardot was a leading nineteenth-century French mezzo-soprano, pedagogue, and composer of Spanish descent. She was born in a Spanish opera family led by her father, tenor, singing teacher, composer and impresario Manuel García. As a small girl, she travelled with her family to London, New York (where her father, mother, brother and sister gave the first performance of Mozart’s Don Giovanni in the United States) and Mexico. After her father’s death in 1832, her mother, soprano Joaquína Sitchez took over her singing lessons, and forced her to focus her attention on her voice and away from the piano.

Pauline Viardot, sister of La Malibran, had taken piano lessons with the young Franz Liszt, was herself a very successful opera singer and close friend of both Chopin and George Sand; she played duets with Frédéric Chopin. Brahms wrote his Alto Rhapsody for her, and in later years she became friendly with many up-coming composers including Tchaikovsky and Fauré.

Liszt, Ignaz Moscheles, Adolphe Adam, Camille Saint-Saëns and others have left accounts of her excellent piano playing. She owned the original manuscript of Mozart’s Don Giovanni, which she donated to the Paris Conservatoire. Throughout her life she spent much time composing (including several operas) and arranging music for voice (including a set of Chopin’s Mazurkas, several of which she performed with Chopin himself).