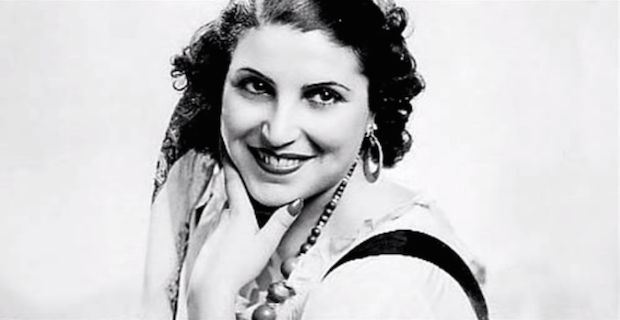 Licia Albanese was an Italian-born American opera singer who captivated audiences with her nuanced gestures, passionate intensity, and deeply felt character portrayals, notably as the tragic heroines in operas by Italian composers Giacomo Puccini and Giuseppe Verdi. Albanese, a lirico spinto soprano, was sometimes referred to as „the last singer of her generation to have achieved prima donna assoluta status„.

Her career took off in 1934 after she stepped in as Cio-Cio-San in the middle of a performance of Puccini’s Madama Butterfly at the Teatro Lirico in Milan.

She performed in notable opera houses across Europe, in 1939 she moved to New York City, where in 1940 she debuted at the Metropolitan Opera (Met) in the same role that had made her famous: Cio-Cio-San. Albanese stayed with the Met until 1966, singing in more than 400 performances, often opposite such famed male singers as Franco Corelli, Beniamino Gigli, and Ezio Pinza. She set records with the Met (appearing as Violetta in Verdi’s La traviata nearly 90 times) and at NBC, for which she sang arias from Carmen in the Met’s first telecast concert, in NBC’s Rockefeller Center studio.

She also sang with the San Francisco Opera (1941–1961). In addition to teaching at the Juilliard School, the Manhattan School of Musicand Marymount Manhattan College, she established the Licia Albanese–Puccini Foundation to aid aspiring opera singers.