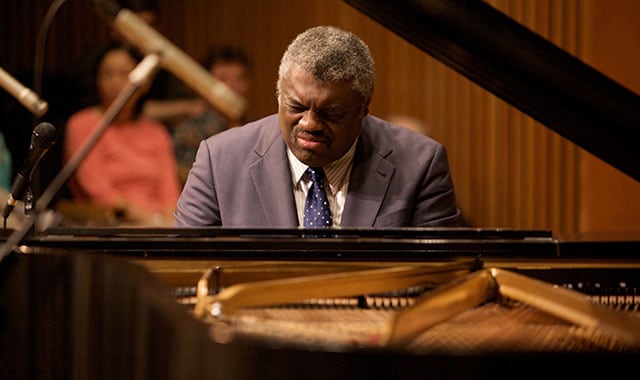 Mulgrew Miller was an American jazz pianist, composer, and educator. As a child he played in churches and was influenced by the gospel music and rhythm-

and-blues of his youth and by jazz pianists Oscar Peterson and McCoy Tyner.

He played piano with vigour and versatility in jazz ensembles and was an ingenious soloist. Miller’s style was influential in jazz during the 80s and 90s. He played in Mercer Ellington’s orchestra, before he became noted for performing in a series of outstanding groups with singer Betty Carter, trumpeter Woody Shaw, drummer Art Blakey’s Jazz Messengers, drummer Tony Williams, and tenor saxophonist Benny Golson.

Miller also recorded with his own trio from 1985, composed for and led his sextet Wingspan, and in all appeared on more than 400 recordings.

From 2005 he served as director of jazz studies at William Paterson University, Wayne, N.J.