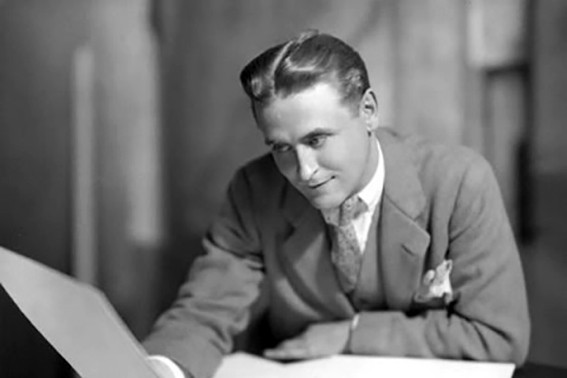 Francis Scott Key Fitzgerald was an American author of novels and short stories, whose works are the paradigm writings of the Jazz Age, a term he coined himself.

Fitzgerald attended Princeton University but dropped out with bad grades. In 1920 he married Zelda Sayre (1900-1948), daughter of a respected Alabama judge.

The Last of the Belles (1974) • With: Richard Chamberlain, Blythe Danner, Susan Sarandon

A semi-fictional account of how writer F. Scott Fitzgerald met his wife while he was in the army and stationed in Alabama in 1919

His works, including the early novels This Side of Paradise (1920) and The Beautiful and Damned (1922) and the story collections Tales of the Jazz Age (1922) and All the Sad Young Men (1926), capture the Jazz Age‘s vulgarity and dazzling promise.

His brilliant The Great Gatsby (1925), a story of American wealth and corruption, was eventually acclaimed one of the century’s greatest novels and inspired several movies:

The Great Gatsby (1926) • Trailer – the only surviving footage of the world’s oldest movie adaptation of F. Scott Fitzgerald’s famous novel, The Great Gatsby

In 1924 Scott and Zelda became part of the expatriate community on the French Riviera, the setting of Tender Is the Night (1934).

His fame and prosperity proved disorienting to them both, and he became seriously alcoholic. In 1937 Scott moved to Hollywood to write film scripts; the experience inspired the unfinished The Last Tycoon (1941). He died of a heart attack at age 44.

Fitzgerald is considered a member of the „Lost Generation” of the 1920s and as one of the greatest American writers of the 20th century.