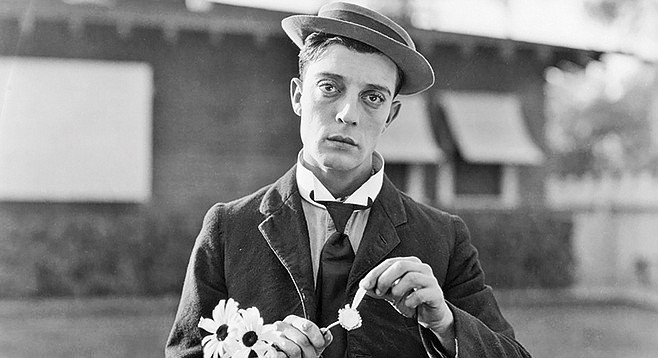 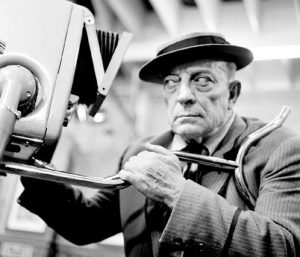 Joseph Frank „Buster” Keaton was American film comedian and director, the “Great Stone Face” of the silent screen, known for his deadpan expression and his imaginative and often elaborate visual comedy.

The son of vaudevillians, Keaton is said to have earned his famous nickname when, at age 18 months, he fell down a staircase; magician Harry Houdini picked up the unhurt infant, turned to the boy’s parents, and chuckled That’s some ‘buster’ your baby took.

Joe and Myra Keaton added Buster to their vaudeville act when he was three years old. The Three Keatons specialized in knockabout acrobatics, with Joe using little Buster as a human mop. Already accustomed to taking pratfalls without suffering injury, Buster learned how to get laughs at a very early age.

He also discovered that “the more serious I turned, the bigger laugh I got”, and accordingly adopted his trademark deadpan expression.