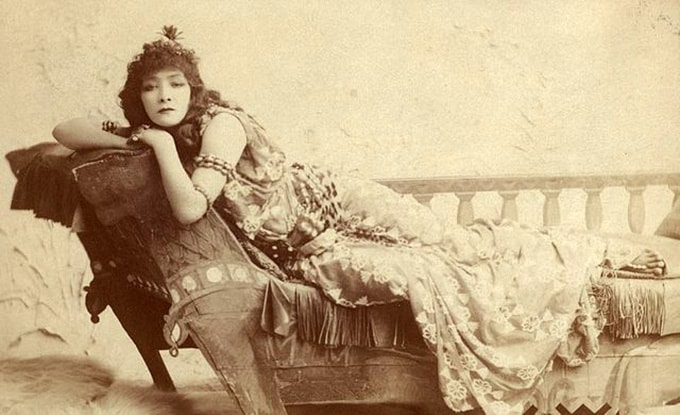 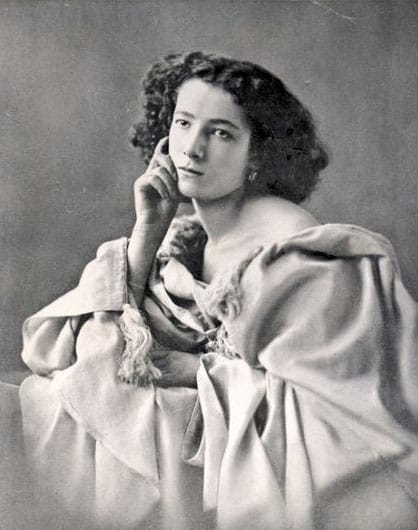 Sarah Bernhardt (original name Henriette-Rosine Bernard) was a French stage and early film actress, and has been referred to as „the most famous actress the world has ever known„.

Bernhardt was the illegitimate daughter of Julie Bernard, a Dutch courtesan (the identity of her father is uncertain), so she was brought up at first in a pension and later in a convent. A difficult, willful child of delicate health, she wanted to become a nun, but one of her mother’s lovers, the duke de Morny decided that she should be an actress and, when she was 16, arranged for her to enter the Paris Conservatoire. She was not considered a particularly promising student, and, although she revered some of her teachers, she regarded the Conservatoire’s methods as antiquated.

Sarah Bernhardt was accepted by the Comédie-Française, as a beginner on probation (1862-1863), then at the Théâtre du Gymnase-Dramatique. After playing the role of a foolish Russian princess, she entered a period of soul-searching, questioning her talent for acting.

Bernhardt signed a contract with the Odéon theatre (1866) and, during six years of intensive work with a congenial company there, gradually established her reputation.

During the Franco-German War in 1870, she organized a military hospital in the Odéon theatre. 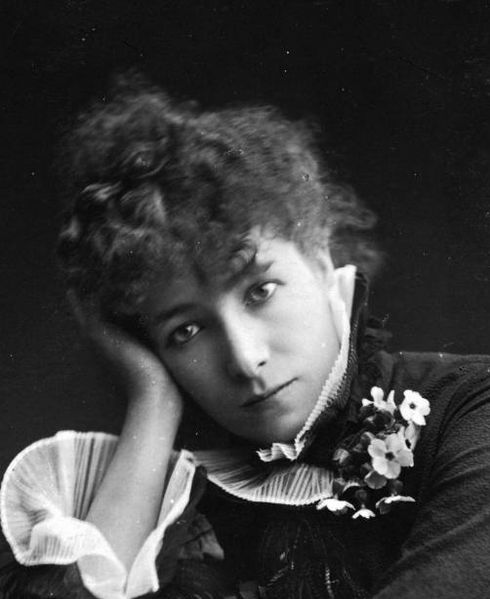 Bernhardt made her fame on the stages of France in the 1870s, and was soon in demand in Europe and the Americas. She developed a reputation as a serious dramatic actress, earning the nickname „The Divine Sarah„.