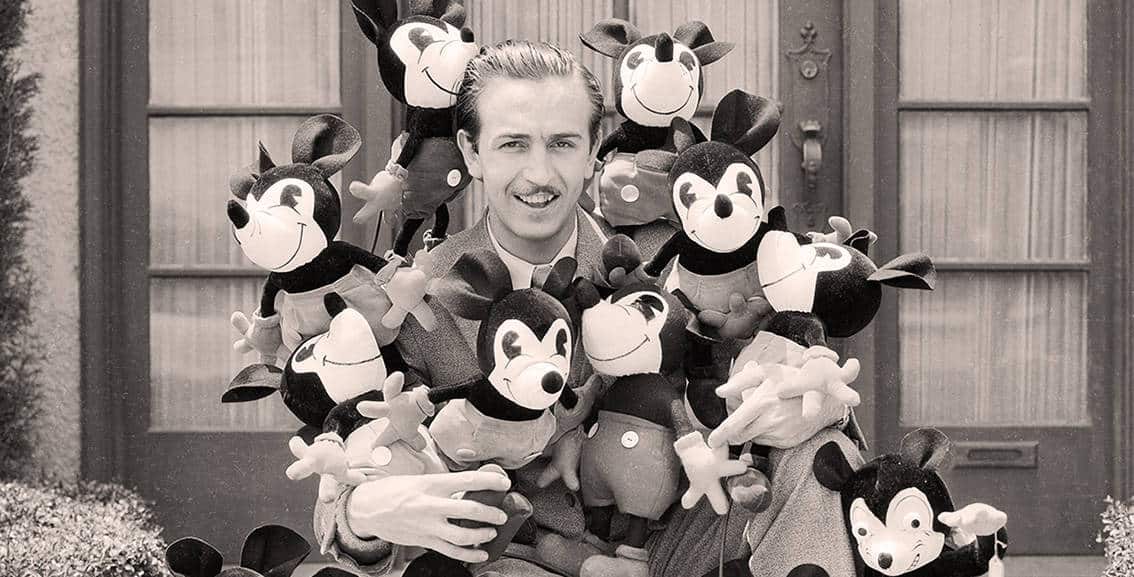 ”When you believe in a thing, believe in it all the way, implicitly and unquestionable”

Walter Elias „Walt” Disney was an American motion-picture and television producer and showman, famous as a pioneer of animated cartoon films and as the creator of such cartoon characters as Mickey Mouse and Donald Duck. He also planned and built Disneyland, a huge amusement park that opened near Los Angeles in 1955, and before his death he had begun building a second such park, Walt Disney World, near Orlando, Florida. The Disney Company he founded, along with his brother Roy O. Disney, has become one of the world’s largest entertainment conglomerates. He was director, screenwriter, voice actor, animator, entrepreneur, entertainer, international icon, and philanthropist, well known for his influence in the field of entertainment during the 20th century.

In 1917, Walt entered McKinley High School, where he took photographs, made drawings for the school paper, and studied cartooning on the side, for he was hopeful of eventually achieving a job as a newspaper cartoonist. His progress was interrupted by World War I, in which he participated as an ambulance driver for the American Red Cross in France and Germany.

Disney and his friend Ub Iwerks started a small studio of their own in 1922 and acquired a secondhand movie camera with which they made one and two-minute animated advertising films for distribution to local movie theatres. They also did a series of animated cartoon sketches called Laugh-O-grams and the pilot film for a series of seven-minute fairy tales that combined both live action and animation, Alice in Cartoonland. A New York film distributor cheated the young producers, and Disney was forced to file for bankruptcy in 1923. He moved to California to pursue a career as a cinematographer, but the surprise success of the first Alice film compelled Disney and his brother Roy – a lifelong business partner – to  reopen shop in Hollywood…

The rest, you know! Big success with Mickey Mouse. The third Mickey Mouse cartoon equipped with voices and music, entitled Steamboat Willie appeared in 1928 and was a sensation.

The growing popularity of Mickey Mouse and his girlfriend, Minnie, however, attested to the public’s taste for the fantasy of little creatures with the speech, skills, and personality traits of human beings. Disney himself provided the voice for Mickey until 1947.

This popularity led to the invention of other animal characters, such as Donald Duck and the dogs Pluto and Goofy.

Walt Disney was never one to rest or stand still. He had long thought of producing feature-length animated films in addition to the shorts. In 1934 he began work on a version of the classic fairy tale Snow White and the Seven Dwarfs (1937), a project that required great organization and coordination of studio talent and a task for which Disney possessed a unique capacity.

As a film producer, Disney holds the record for most Academy Awards earned by an individual, having won 22 Oscars from 59 nominations. He was presented with two Golden Globe Special Achievement Awards and an Emmy Award, among other honors. Several of his films are included in the National Film Registry by the Library of Congress.

How Walt Disney Cartoons are made