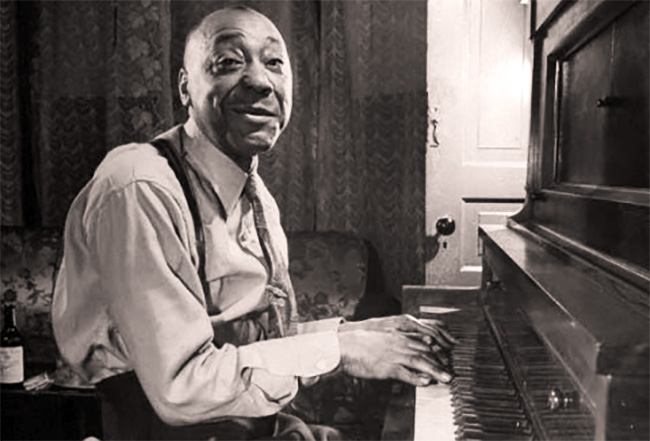 James Edwards Yancey was an African American boogie-woogie pianist, composer, and lyricist. One reviewer noted him as one of the pioneers of this raucous, rapid-fire, eight-to-the-bar piano style. He was a noted pianist by 1915, and influenced younger musicians.

His older brother, Alonzo Yancey (1897–1944), was also a pianist, and their father was a vaudeville guitarist and singer. By age ten, Yancey had toured across the United States as a tap dancer and singer, and by twenty he had toured throughout Europe. He began teaching himself to play the piano at the age of 15, and by 1915 had become a noted pianist and was already influencing younger musicians, including Meade Lux Lewis and Albert Ammons.

He played in a boogie-woogie style, with a strong-repeated figure in the left hand and melodic decoration in the right, but his playing was delicate and subtle rather than hard driving. He popularized the left-hand figure that became known as the Yancey bass, later used in Pee Wee Crayton’s Blues After Hours, Guitar Slim’s The Things That I Used to Do, and many other songs.

Most of his recordings were of solo piano, but late in his career he also recorded with vocals by his wife, Estelle Yancey, under the billing Jimmy and Mama Yancey. They appeared in concert at the Carnegie Hall in 1948.